One of the reasons that baby nests have become so popular is that today doctors and healthcare professionals recommend babies sleep on their backs. Placing your baby on their back to sleep decreases the risk of SIDS (sudden infant death syndrome).

In a baby nest, the baby is placed on the back, and the possibility of turning over to the stomach is reduced.

Baby nests are also popular for parents who have their babies sleeping in their beds. Co-sleeping is usually not recommended by healthcare professionals. However, if you choose to have your baby between you in the bed, a baby nest keeps your baby in the same place in the bed when co-sleeping.

Reducing the risk of you rolling over the baby when sleeping. The baby’s head is (or should) be located at the same height as the parent's head. In that way, it’s less likely that the head accidentally gets covered with a duvet or a blanket during the night.

At last, many parents experience that baby nests create a feeling of safety and familiarity. The surrounding environment resembles the mother’s womb. At the same time, it creates a familiar environment for the baby when you find yourself in new places.

As baby nests are a relatively new product, there are no safety standards that regulate and ensure they are safe. When baby nests have too soft edges and mattresses, they can risk suffocation. The risk is that the baby places the face in the soft edges and can’t take himself out of the position.

A standard is being created for baby nests, which will make it easier for parents to choose the right products.

If the baby nest has more than one function, you can use it longer and might save money and space by just buying one product.

Whether at home or travelling, the baby nest gives your baby a cosy place to watch the world go by. It also gives busy parents flexibility while still making sure your baby feels at home wherever you go. So, when your little one is not in your arms, place them in the baby nest on a flat surface, and it’s ready to be used for baby rest time, your hands-free time or playtime.

Is it safe for a baby to sleep in a nest?

Some popular sleeping products for babies do not conform to safer sleep guidelines. Items such as cushioned sleeping pods, nests, baby hammocks, cot bumpers, pillows, duvets and anything that wedges or straps a baby in place can pose a risk to babies under 12 months.

The bottom line: Never use a secondhand baby pod or nest due to the risk of SIDS. More evidence is needed about the link between SIDS and waterproof mattresses, but keep your mattress clean, and bedding regularly washed.

Consumer Reports has found major safety issues with in-bed infant sleeper products like the Baby Delight Snuggle Nest Infant Sleeper, DockATot and SwaddleMe By Your Side Sleeper. The investigation found that in-bed infant sleepers like these were linked to at least 12 infant deaths between 2012 and 2018.

Which baby nests are safe?

The Babymoov doomoo cocoon is a safe and cosy nest that's suitable for both play and sleep. Similarly to DockATot, the cocoon-like shape is designed to calm and reassure babies. It creates a cosy, made-to-measure space for your baby, whether awake or asleep in their cot, playpen or elsewhere.

What is neonatal nesting?

Nesting. A nest provides the preterm infant with boundaries (similar to that in the womb) so that the infant has a surface to touch and brace against. Your infant's nurse will make the bedding into a nest for your infant.

Also called baby pods, sleep pods and sleeping pods, they are like a little cocoon for your baby to sleep in. They consist of a base mattress with wraparound padded sides. The original baby nest is the Sleepyhead (now called DockATot).

This was the brainchild of the Swede, Lisa Furuland Kotsianis. She wanted to create something comforting and womb-like for her babies. The assumption is that these sides make your baby feel as happy and secure as they did in utero.

Which is great, unless they hated being in the womb. But to discover that, they’d have to do a womb regression later on.

Not according to The Lullaby Trust. They are a British charity set up to promote safer sleep for babies to prevent Sudden Infant Death Syndrome (SIDS). In 2018 they published a report stating babies should only ever sleep on a firm, flat surface and that baby nests do not meet these criteria.

However, as they are relatively new, there has not yet been direct research into the safety of these pods. We know that a baby nest has never caused a death or injury. Between 1997 and 2011, there were 13 deaths due to sleep positioners. Most of these were after the baby had been positioned on their side.

There is a small but significant difference between positioners and nests. As the name suggests, sleep positioners keep the child in a certain position with a strap or wedge. An example of a sleep positioner is the Cocoonababy and the Babymoov Cosydream.

The surface a baby sleeps on must be firm and entirely flat. They cite a study in the U.S. that showed a soft surface increased the risk of SIDS by five times. A soft surface was defined as the baby’s head sinking one inch or more.

How To Use A Baby Nest Safely

Firstly, make sure it has a firm mattress. Your baby’s head should not sink more than a few millimetres, and you should regularly check that their face is not up against the side padding. The baby’s feet should be placed at the bottom of the nest.

Your baby should always be placed on its back. This is the most significant thing you can do to reduce the risk of SIDS, whether the baby is in a cot, nest, or you are co-sleeping.

If you need to cover your baby for warmth, use a sleeping bag. There is not anywhere to tuck a blanket in, and loose covers may go over your baby’s head. Check regularly that they are not overheating. Please do this by touching the back of their neck or chest. It should not feel hot and sweaty. Try and keep the room temperature at 16ºC-20ºC.

The nest should always be on a firm, flat, stable surface from which there is no possibility that the nest or baby can fall. Ideally, please keep it on the floor. And while they may be very portable, never carry a nest with a baby in it.

Other Pros And Cons Of Baby Nests

Yes. Here’s one of each.

Baby pods and nests – are they safe. 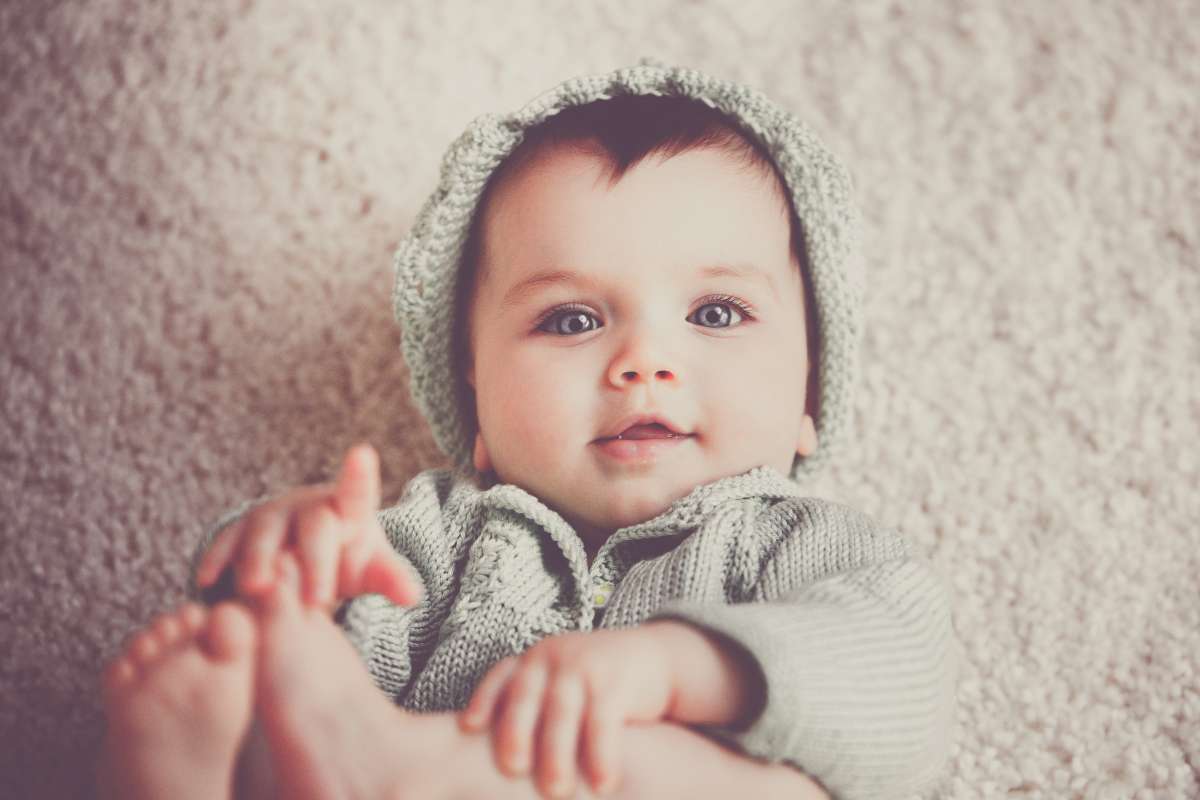 When the safe-sleeping charity stated in 2018 warning that baby pods and nests do not meet its safer sleep guidelines, we investigated fully.

We know sleeping pods and nests are widely used and wanted to assess the scientific evidence and look at development in sleep products to answer all your questions.

At MadeForMums, we believe it’s important to base our information on clear scientific evidence. So we’ve worked through all the research papers that The Lullaby Trust has quoted and checked through more recent scientific research.

The risk of SIDS

The single most important and effective action that parents can do is place their baby on their back to sleep at night and for daytime naps. Dramatic reductions in SIDS have been seen worldwide since this advice was introduced – in the UK, SIDS fell by 58% in 1991 following a campaign by FSID (now known as The Lullaby Trust) to always place your baby on their back to sleep.

How do pods and nests not comply? Some, but not all, have soft mattresses – e.g., the base part that your baby sleeps on.

How do pods and nests not comply? Although most baby nests have flat mattresses, they have padded, raised bumper sides, which are close to your baby’s head, and so are not entirely flat.

How do pods and nests not comply? Most don’t come with waterproof mattresses and may not have a separate mattress that can be fitted with a tight, waterproof covering.

The Warning Just About Pods And Nests

No, although the statement focuses on pods and nests, it also warns that all of the following sleep products don’t conform to their safer sleep guidelines:

However, it is particularly concerned about sleeping pods and nests because they have become so widely used by parents. As a SIDS charity, we have watched with concern as products against safer sleep advice gain popularity.