Today the baby monitor has become a device in which parents are practically expected to own. You can find baby monitors on the list of just about every new parent’s must-haves.

There is good cause for all of this: having an ear (or even an eye) on what your child is doing when they are alone can be an invaluable tool in preventing mishaps and even ensuring you never miss beautiful, private moments to be cherished for a lifetime.

Yet this wasn’t always the case. Less than a hundred years ago, the concept of a baby monitor was utterly unheard of, and less than fifty years ago it was still a rarity. So what happened? Let’s take a look at a brief history of the baby monitor to get an idea of what changed.

Have you ever wondered how the baby monitor came to be? Who designed this remarkable life-saving device that can pass off as an assistant robotic parent? Because how else are modern-day parents expected to keep an eye on their little ones 24/7 given our demanding schedules!

There’s no need to speculate. If you want to learn all about the interesting history of baby monitors, as well as what the future holds for this innovative device, you’ve come to the right place.

Let’s Start At The Beginning: When, Where, How, And Why Were Baby Monitors Invented?

One thing is for certain: baby monitors were non-existent a century ago. Grandmothers can confirm this fact and gladly remind us how they raised us the old-fashioned way (without the help of technology or robotics). So, what changed? Who decided to invent a baby monitor, and why? Was it the brainchild of an anxious parent who was overwhelmed by constantly checking in on baby every five minutes? I’ll have you know that the motivation behind the unit’s invention was under the most somber circumstances.

Check out My Baby Nursery for all your baby product needs.

When Were Baby Monitors Invented?

Baby monitors were first invented and released to the market in 1937. This was a revolutionary product that made parenting – for those who could afford it at least – a much less stressful endeavour. Unfortunately, the events that led to the need and subsequent invention of the first baby monitor were heartbreaking. 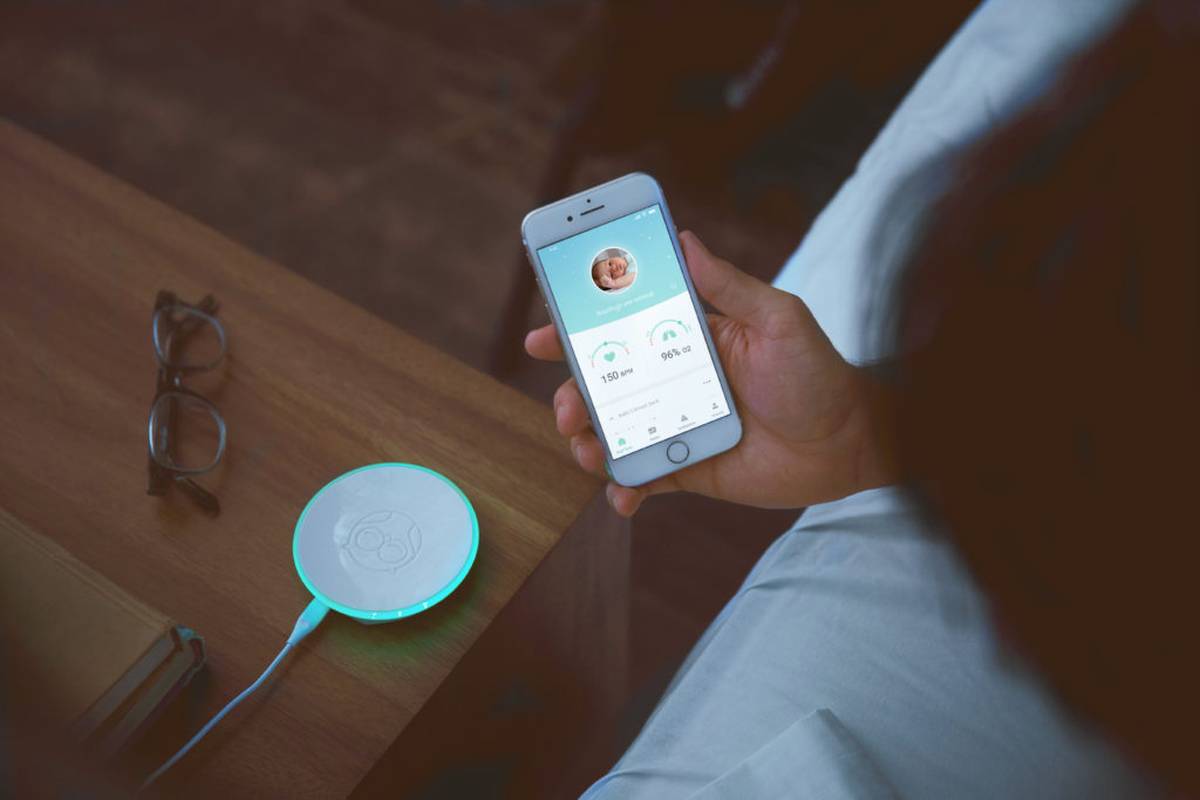 Why The First Baby Monitor Was Invented

It took a tragic kidnapping in 1932 for the first baby monitor to be invented. On this fateful Tuesday night, Charles Lindbergh’s son – aged 20 months at the time – was abducted from his home. A ransom note was found in his room confirming these suspicions. Charles was a prominent aviator in the United States of America. One would wonder how this could have possibly happened, given the fact that both the mother and nanny were at home on that particular day. Would this have happened if there was a baby monitor in the house? I’m inclined to think otherwise. Heartbreakingly, a month later the remains of Charles Jr were found just a few kilometres away from the Lindbergh residence. Seeing as the incident was a high profile case, it became national news and talk of the town. The story inspired Eugene McDonald, who was then President of a company called Zenith to design the first-ever baby monitor. The premise upon which this baby monitor was built upon was simple: to prevent a similar tragedy from happening to his child. Mr McDonald placed the unit in his daughter’s room in an attempt to monitor noises coming from the room. It was only after he felt satisfied with the unit’s performance did he give his company the go-ahead to commercialize the product.

The Zenith Radio Corporation engaged Isamu Noguchi to design the first baby monitor in 1937. The audio baby monitor which was complete and ready for sale by 1938 was named Zenith Radio Nurse. It had a sound amplifying system with two units, the Guardian Ear and a Radio Receiver. The guardian ear’s analog intercom system transmitted sound on a 300 kHz signal transmitter over the power line. The communication was one-way.

The Zenith radio nurse first sold for $29.95 in 1938, an equivalent of $523 in 2019. This was quite expensive, and in addition, it’s electrical transmission was plagued with technical problems, mainly distortions and RF interference. It shared a radio frequency with other consumer products, mainly the car radios and garage door openers. Below is how the Zenith radio nurse worked:

The Zenith monitor did not work well with very loud volumes as it resulted in distortions and speaker rattles.

Following the Japanese attack of Pearl Harbor, the anti-Japanese sentiments swept through America, and many receivers were destroyed, making them very scarce. It is now sold as an antique and can be found in a few museums. If you are interested and want to learn more about the Zenith Radio Nurse, you can read the original Zenith Radio Manual.

Check out our range of safety baby monitors here.

The first designed baby monitor, Zenith Radio had one-way intercom and relied on an electrical circuit to transmit its analog audio signals.

Because of the challenges discussed above, Zenith Radio Nurse model was not produced after 1938, and museums bought the few zenith nurses because of its unique “industrial design”.

Between 1937 and 1960s, most baby monitors in the market were sold by a few manufacturers that used Zenith’s expired patent and analog signals to transmit audio. During WW II, troops used hand-held analog radio devices to communicate, and the biggest disadvantage was that only one conversation could occur at a time, on each channel. This is called the simplex mode.

The troops managed to overcome this obstacle by tuning receivers and frequencies to different frequencies, but this was difficult as they were using the lower frequency bands, 27 MHz or 49 MHz. The limited number of available frequencies limited them. Below is a video describing analog baby monitors in the 49 MHz bands.

Although analog radio devices were in use for a long period, they were mainly preferred because they had better ability to communicate especially when a received signal was weak and/or noisy.

The history of baby monitors is very much tied to the invention of a secure communication protocol called Frequency Hopping Spread Spectrum (FHSS). The protocol was invented in 1941 by two Americans, Hedy Lamarr and George Antheil who patented their invention of a secure security protocol that successfully enabled the Allied Forces to communicate and steer torpedoes without being noticed or intercepted.

The FHSS guarantees 100% privacy of all communications, and the technology is now being used by some of the best-rated baby monitors such as Infant Optics, Babysense video baby monitor, Hellobaby, and Eufy Spaceview. We have a separate post with a list of top hack-proof baby monitors using FHSS technology which you can check out.

It is, however, important to note that while FHSS technology was discovered in the 1940s when the baby monitor industry was at its nascent stages, the technology was not used in baby monitors until the 90s. First, they had to discover digital signals to replace the analog baby monitors and enable encryption for better communication security.

Check out our post on What are the different types of baby monitors?

1974: A patent was filed in Spain by Fernandez Aguado Rafael. The patent was for an apparatus for monitoring intercom. It’s was described as a device to monitor young children and patients. Apart from monitoring audio, the baby monitor would allow two-way communication. This baby monitoring device would be different from the Zenith Radio Nurse in that it allowed the caregiver or the parent to communicate with the baby. It was however designed to be similar to a telephone as it had a call button and a switch and some argue that this was not entirely a baby monitor.

1979: A patent for a breath monitoring device was filed James K. Frost in Australia and later in the US.

The device was designed to monitor the breathing of an infant and sound an alarm in case of a cessation. An electromagnetic transducer was attached to a ‘cot’ or baby’s crib, and it was supposed to be compressed every time a child breathes.

The transducer was attached to a microphone, and it continuously produced noise if the breathing is normal. It did send an alarm in case the breathing ceased.

Because of the stories, scared parents bought the nanny cams, and by the end of 1999, video baby monitors were fairly known by a good portion of American parents. Another big development in the 2000s was the use of wifi to transmit signals. The internet has contributed immensely to the growth of the baby monitors. There are more than 30 patents relating to video baby monitors at present with most of them seeking to utilize the 2.4 GHz band that is used by wifi.

What Is The Future Of Baby Monitors?

A simple look at how the designs of baby monitors have evolved over the years confirm one thing: the basic premise upon which they operate is still pretty much the same. The units are meant to pick up sounds coming from the baby’s room and transmit them to parents. So what does the future hold for baby monitors? Baby monitors are set to become even more popular over the next coming years with the market expected to grow at a rate of approximately 8.4% by 2026. The increased demand in the product is expected based on the following factors:

Due to the nature of technological advancements, modifications to the baby monitors can only get better. The following features are expected to be present on all future baby monitors:

Once you fall down the rabbit hole into the world of baby equipment, you can begin to feel like you won’t be a good parent unless you have all of the most up-to-date pregnancy, childbirth and childcare gear. This isn’t true. The mom-to-be who talks to her bump from time to time is just as nurturing as the one who buys a specialist baby belly sound system with which to “stimulate” their babies development.

Believe it or not, moms even managed to hear their babies crying before baby monitors were invented and they coped just fine, for the most part, before most of our modern gear was available.

It’s interesting to see how baby monitors have evolved over the years. More parents are realizing the value of this unit when it comes to raising their little ones. Not only do the devices allow parents to monitor their children, but they also help ease their anxiety. Granted, there are concerns regarding the units’ safety around babies, as some parents fear that modern baby monitors create too much radiation. But thankfully, more and more manufacturers are designing safe baby units that minimize radiation emissions. I strongly believe that technology should make us more efficient, and baby monitor tech should be looked at as something to embrace rather than to shun. With that said, would I recommend a baby monitor to a friend? For the peace of mind, the unit offers to every new parent, most definitely.