It’s late at night, and your baby needs to sleep. Everything’s been taken care of – clean diaper, quiet house, feeding, burping … So what's with all that squirming? Maybe all that’s missing is a lullaby.

All research points to yes — lullabies are scientifically proven to lull babies to sleep, stimulate language and cognitive development, and strengthen the emotional bond between a parent and child.

This bond is communicated without words. Since your baby can’t yet understand words and language, a lullaby can communicate that everything in the house is taken care of, there is no danger, and so much love that a voice is lifted into song.

Lullabies are universally found across cultures around our globe. Found in some of the oldest societies and widely prevalent in modern ones, too, lullabies have existed for centuries and are mainly sung to babies to stop them from crying. It doesn’t even matter what language the lullabies are sung in, as researchers at Harvard’s Music Lab found that lullabies are soothing for babies.

One interesting study reported that when parents sing to their baby directly, they sing in a higher pitch and lower tempo than when recording a song for their child. Exactly why this happens could not be explained, but scientists believe that in the presence of a child, parents are more aware of the tone of their voices.

The same study found that mothers would sing in a much higher tone than fathers in the presence of their babies.

Babies like light, soft and high-pitched sounds, especially from their mothers, which is why babies sometimes stop crying when their mothers sing, as opposed to anyone else.

Most lullabies are sung in a higher pitch, regardless of the language or culture. This is because infants are more responsive to higher pitches.

One study found that infants like to hear the high-pitched versions more than the low-pitched versions of the same song. Perhaps this is why lullabies worldwide have a similar tone and are generally high pitched, regardless of the native language.

Interestingly, if babies are deprived of their mother’s soothing voice, it affects their brain maturation, especially if they’re born prematurely. So, when parents, particularly mothers, softly sing gentle lullabies to their little ones, it helps their brains mature.

It also provides them with a sense of comfort and stability and reduces tension to go to sleep with more ease. When babies are startled or anxious, their heart rate and blood pressure rise. Singing lullabies is a quick way to lower a baby’s blood pressure to calm them down.

We wouldn't say it is the power of lullabies that lull babies to sleep, but rather the power of music. It doesn’t matter what you sing, so long as it’s in a soft, slow and high-pitched voice.

Baby talk, the kind of speech where we make weird sounds in different voices, greatly benefits babies. One study found that high-pitched speech helps babies learn how to talk quicker. Thus, singing regularly in the baby talk will help babies fall asleep sooner and help them pick up languages faster!

Should I play lullaby all night for my baby?

Limit it to 30 minutes: Do not let lullabies run all night because the brain stays attuned to sound and might not get into a deep sleep. Playing music for a half-hour after bedtime is good.

Are lullabies better than white noise?

Lullabies have long been used for comforting babies and helping them fall asleep. However, when it comes to calming newborns, white noise is far more effective than lullabies and classical music.

Is it good for babies to sleep with music?

The 2020 Philips Global Sleep Survey found that 52% of respondents have tried soothing music to improve their sleep. And music doesn't just work to calm adults; it also works with children – even before birth. Science suggests that music can change the way a baby feels while it is still in the womb.

Is it OK to leave white noise on all night?

You're not supposed to use white noise all day long. Just keep it in your back pocket to aid sleeping or calm fussing. Hearing the normal hum of home for many hours a day helps children master the nuances of all the interesting sounds around them, such as speech, music, etc.

What kind of music puts babies to sleep?

If parents incorporate music into the sleep ritual, soft lullabies, soothing classical music, or 'spa music' are better choices. White noise blocks sound better – if the ambient noise is too distracting to a baby, parents can block it out with a sound machine.

Why Lullabies Work, According to the Experts 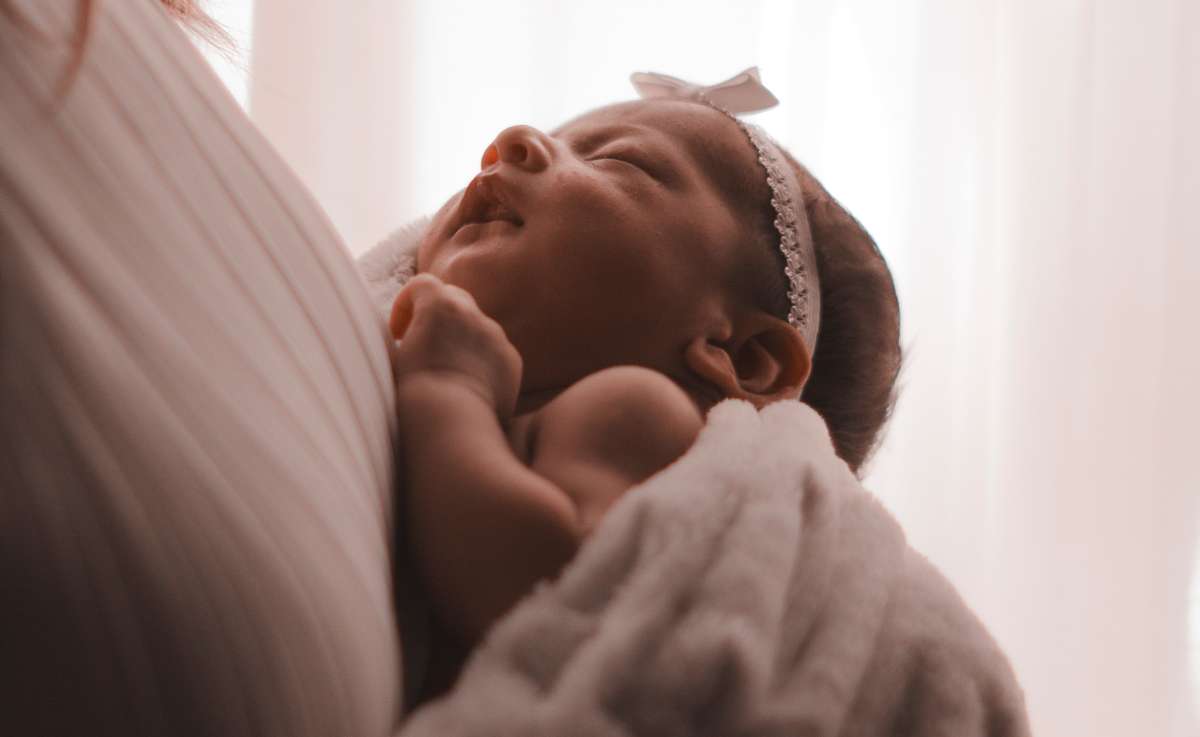 As a starting point, music helps regulate the emotions of both children and adults. When a child is upset at bedtime (or in the case of my son, scared when he wakes up at midnight in the dark), it makes sense that a parent would turn to something to help control those emotions – transforming a negative emotion such as fear into a positive emotion.

Music can stimulate certain emotions through specific neural connections. This is why a recently-dumped individual might crank the sad music to help release all the pent-up feelings. This is also why a surgeon might listen to upbeat, pump-me-up music before or during surgery.

Create a stronger bond between parent and child

Neuroscience is behind this opportunity for bond-building, and it has to do with a little hormone known as oxytocin. Mothers might remember this hormone as the “contraction hormone of labour” or the “breastfeeding hormone,” but it does pop up during lullaby time.

Oxytocin is released during singing. Song-induced oxytocin is important because oxytocin is also known as the hormone of love and the cuddle hormone. This is why it helps to build stronger bonds in a relationship.

Interestingly, oxytocin isn’t just released any time you sing. A half-hearted lullaby is less likely to stimulate oxytocin production, so the parent must be intentionally singing and fully at the moment.

A stronger bond between parent and child makes a lullaby more successful in putting the child to sleep because the child is more likely to rest easy in the presence of someone they love and are bonded to.

Lullabies also work because they help establish a bedtime routine. Sleep experts constantly remind exhausted parents to establish a routine. Going through the same motions every night helps the child adjust from day to evening.

These little events – whether a warm, lavender-scented bath or a cozy storytime by the fireplace – all send signals to the child’s brain that bedtime is coming. When the child receives the clues, the child can accept the bedtime much easier.

Other benefits of singing lullabies to babies and children:

Because music is intimately linked to culture, it makes sense that lullabies are not confined to just one culture. Exploring the global span of lullabies has proven to shed light on both the individual culture and the universal relationship of mother and child.

No, it's not just tradition to sing lullabies to babies, but there are well-established facts that prove that singing lullabies benefit the babies in more than one way, and we have summed up 10:

Therefore, learn up your favourite lullaby, or make one of your own, to make sleep time pleasant and relaxing. Take cues from your baby – what does he like, does he enjoy what you are singing? Is there a particular song or rhyme he enjoys? Does he coo and gurgle when you sing to him? Follow his lead, and you will be on the path to raising a music lover for life!

Optimise a Lullaby for Maximum Sleepiness 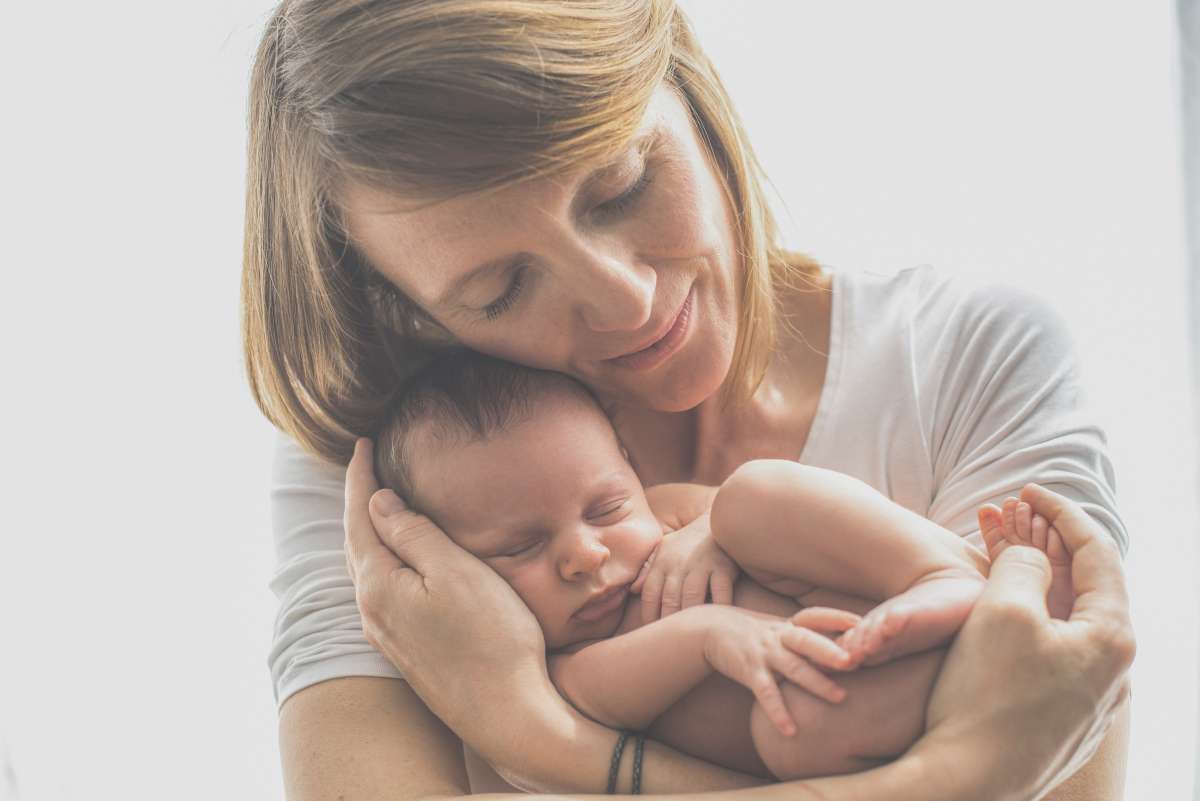 Lullabies, like white noise, work because babies are not gestated in a velvety, sound-proofed dark. The inside of a pregnant woman is more like a private room on a yacht where a party is going down: It’s noisy, cramped, and there is plenty of rocking and swaying.

A baby sleeps and is comforted best in similarly dynamic environments. When a lullaby, sung in a familiar voice, is paired with swaddling and rocking, it sails kids right to sleep.

Lullabies are so effective that research has shown their use in Neonatal Intensive Care Units helps preemies sleep, feed, and even heal. All the more reason to know how to optimise their power.

That lullaby research was done by The Louis & Lucille Armstrong Music Therapy Program at Mount Sinai Beth Israel. They based their study on their use of “songs of kin”, which have a deep cultural, familial, or personal significance to a child’s parents.

We take that music, and we create a lullaby by taking a specific rhythmic meter and finding the correct range for the parent. These may be traditional ageless songs or decidedly modern, he explains. A song of kin can be something that the parents are bonding over. It can be pop.

Happily, proper lullaby technique does not require a parent to sound anything like John Legend or (Axl Rose). Many parents don’t think they can sing or create. But we work with them as therapists to create lullabies custom to their children. The trick is in having a connection to the song and in giving it the soothing meter and melody that allows a lullaby to work.

That means parents who fell in love with Metallica's “Enter Sandman” need only make a couple of changes to make it even more appropriate as a lullaby for their baby, chief among them being simplicity.

That way, the music isn’t overwhelming for the infant. Parents focus on a chorus or a melodic motif in the song that allows for repetition to create a “mantra-like lullaby.

He also suggests changing the song’s meter to 3/4 or 6/8 time for a classic lullaby rhythm. For those who aren’t musically inclined, 3/4 time will be familiar from waltzes, counted “One-two-three, One-two-three. Many children’s songs already have this rhythm, giving them a rolling and swaying quality.

It becomes very easy even for parents who aren’t musical to have this piece that they created for their infant.

But it’s also important to know when to stop the song. If a baby does fall asleep to your singing, they will likely wake up when you’ve stopped. If the child falls asleep to a lullaby and in the middle of the night they wake up to silence, it can throw a child off.

The best idea is to have the lullaby be the end of a nightly ritual. Make the song consistent and sing it until the kid is tired and not fully asleep. Just make sure it doesn’t become a sleep association so that they don’t depend on it to fall asleep.

That’s because a parent could get into a trap where they need the song to fall back asleep every time the child wakes. And zero parents want to be singing lullabies at 3 a.m.

Hearing a parent’s voice and hearing the song is soothing. It can be a great part of the routine as the final steps to bedtime.

Benefits of Lullabies for Babies

Music is hard-wired in our brains at an early age. The ability to process music appears in specialised brain areas during the first few months after birth.

Infants can manipulate an object in response to hearing certain songs. They can also differentiate between sounds and recognise different melodies, so singing a lullaby to your infant can be beneficial.

Three benefits of singing a lullaby to your baby:

Some professionals suggest parents repeat a song while their baby is still in utero to familiarise the child with a melody before birth. This may help the newborn relax and ease them to sleep.

The concept of lullabies is often geared toward parents with newborns. However, they can also be beneficial for adults.

Forty-one million individuals in the report sleep less than 6 hours - even when the suggested amount of sleep for adults is 7 to 9 hours. Listening to a soothing song such as a lullaby can help make falling asleep easier.