When your kid suddenly won’t go down without a fight, it may be time to switch their daily snooze routine. Here is everything parents need to know about the “two to one” nap transition.

Toward the end of their baby’s first year, most parents have mastered a daytime routine consisting of two naps (one in the morning and one in the afternoon).

But around the 12-month mark, many infants began waging a mini-revolt, causing their napping habits to shift.

Children usually go from two naps to one sometime between ages 1 and 2. Figuring out when and how to make a move can be tricky—but you can use this blueprint as a guide.

Some parents proudly look at the change from two naps to one as a significant accomplishment, something akin to college graduation! But what’s the rush?

Why Transition to One Nap?

Although it is also true that too much daytime sleep may delay bedtime or cause middle-of-the-night waking.

When Do Babies Transition to One Nap?

Most babies drop the second nap between 12 and 24 months. But be aware, this transition period is often rocky.

Consider yourself very lucky if your little guy is happy and playful in the late morning as he starts to skip his post-breakfast snooze.

More often, babies start skipping the morning nap but still need it. (In other words, even more like a bit of caveman as usual!) And this internal ambivalence makes them overtired and extra grumpy, and weepy.

Looking for those finishing touches to your baby nursery? Check out range of baby nursery decor to help. 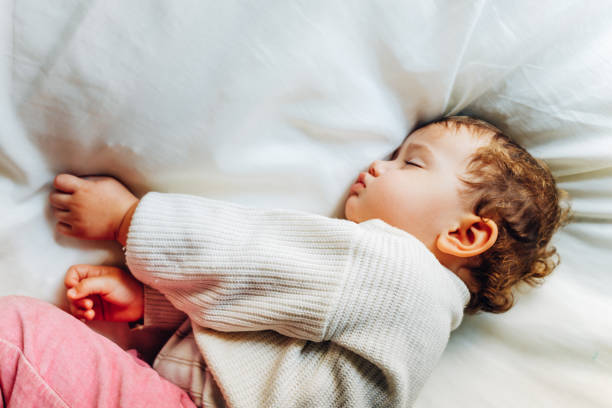 Is Your Child Ready?

This is a big transition! Your child is going from being awake 3-4 hours a day to 5½-6 hours a day.

So if you make a move too soon, you run the risk of your kiddo becoming extremely tired because they can’t handle that amount of awake time.

They’re hit with a cortisol surge from the body working overtime to keep them awake, and this makes it harder for them to not only fall asleep but stay asleep.

Not sure whether to make the “two to one” nap time transition? If you notice the following signs, then your child probably still needs two naps every day.

Signs Your Child Can Adjust to One Nap Daily

There are lots of ways your child may let you know their napping schedule needs tweaking. Look for these common signs that they’re ready for a transition.

In general, if you see consistent changes in your toddler’s sleep pattern for about two weeks, it may be time to transition to one nap.

Are 9 Months Too Early to Transition to One Nap?

Most babies drop the second nap between 12 and 24 months. However, some babies may be ready sooner!

The key is to let your little one take the lead and pull a few levers (like adjusting sleep times) before dropping a nap cold turkey.

If your little one begins showing the signs below, they may be ready to drop the extra nap and transition to one.

How to Make the “two to One” Nap Transition

Making the switch before your child is ready can lead to miserable days and a return to nighttime wake-ups.

That’s because overtired kids tend to sleep worse than well-rested ones.

Before you decide to consolidate naps, see whether fiddling with your toddler’s schedule solves the problem.

If they take a long morning nap and then meltdown in the afternoon, see if they end their A.M. Snoozing early makes them more cooperative for the second.

If waking them up after 75 minutes doesn’t help, keep shortening it. However, don’t cut any nap to under 45 minutes; your child needs that much time to complete a sleep cycle.

Here are some more tips for making the “two to one” nap transition.

Most toddlers go through a “one nap is too little, two is too many” phase, which can last from a few weeks to two months.

Once you conclude that your kid is ready to make the switch, start steering them toward a single midday siesta.

Begin by pushing the morning nap later by 15 minutes every day or two. Your ultimate goal is to start it shortly after lunch.

By that time, your exhausted toddler should sack out for two to two-and-a-half hours.

If your child is used to waking up after an hour, see if you can soothe them back to sleep. You can also use a white-noise machine, which may help them sleep longer.

If all else fails, this is the time to use one of your standby techniques, such as putting your toddler in the stroller or taking a drive, to ensure they get the refresher they need.

During this transitional time, your toddler may be a bit sleep-deprived.

So as you switch to one nap, try to ease their morning crankiness by establishing “quiet time,” during which you read or listen to soft music.

Consider moving their dinner and bedtime earlier to make up for the reduced daytime sleep. You should also be open to an occasional two-nap day when your child seems to need it.

If your child’s sleep schedule at daycare doesn’t align with the routine that works at home, talk with the staff about coming up with a plan.

You might even ask whether it’s possible to move your child to a different room at the centre during rest time.

But don’t stress out too much if the director is unable to accommodate you: Lots of children do perfectly fine following one sleep pattern during the week and a contrasting one on weekends.

Gradually, the two will be in sync, and you won’t need to worry about their napping routine again, at least until age 3 or 4, when they’re most likely to give up daytime sleep for good.

Check out our range of the best baby car seats for your baby.

Start by pushing the first nap of the day forward in half-hour increments.

You may want to wait a few days between each 30-minute shift so your toddler can adjust.

During the transition, don’t give up the afternoon nap until you get the morning one to 11 a.m., at which point, there will more than likely not be time for an afternoon nap.

This is where an early bedtime will be needed. The afternoon nap will get more inconsistent, but Hudye recommends still putting your kid down at about 2:30; he may not sleep, but he should still get some downtime.

At the University of Toronto’s Early Learning Centre daycare, staff take a more fluid approach to the transition.

For toddlers under 18 months who are still in the infant room, staff follow each child’s cues, often switching back and forth between one and two naps a day.

Eventually, the toddler will settle down into a one-nap pattern. We try to be as flexible as we can.

Most kids will take a couple of weeks to about a month to complete the transition, although she warns it will likely take longer if you flip-flop between one and two naps a day.

As you transition, be prepared for a crankier toddler and a few tantrums. When pushing the first nap of the day later, find something to keep him engaged and awake.

Distraction is key. Take your kid outside, give him a special snack or play a game, for example.

Some toddlers will especially struggle around lunchtime, becoming cranky or silly or refusing to eat.

Not sure whether to feed your kid lunch before the nap or after? You can split it up—letting him eat both before and after lights out.

Quick snoozes while on the go can also help take the edge off.

An early bedtime can also help while you make this transition. Above all, be patient and flexible about finding a schedule and routine that works for you.

Why Waiting for Developmental Leaps Is Important

When children go through developmental leaps, every day is a new day of celebration for them.

It feels like Christmas morning, or a birthday, or another equally exciting special occasion — it’s just that it lasts for a few weeks instead of one day!

When children are going through these leaps, the desire to practice their new skill is more potent than their desire to sleep (also what we call sleep pressure).

This is why we see children ditch their good sleep habits at some significant milestones — like walking.

Around 10-12 months, the excitement (and lack of sleep) brought about by the developmental leap of walking gets confused for being ready to drop the second nap.

This is why it’s so important to give your kiddo those 2-3 weeks of wait-time to see if they’re ready to drop the nap or if they’re just eager to practice their excellent new skill.

If you try to drop the second nap too soon, your child will become overtired, and it will be compounded by sheer exhaustion once they start walking.

This will only make things worse! So do yourself a favour if your child is under 13 months and wait those 2-3 weeks to find out what’s at play. Then, you can proceed accordingly. 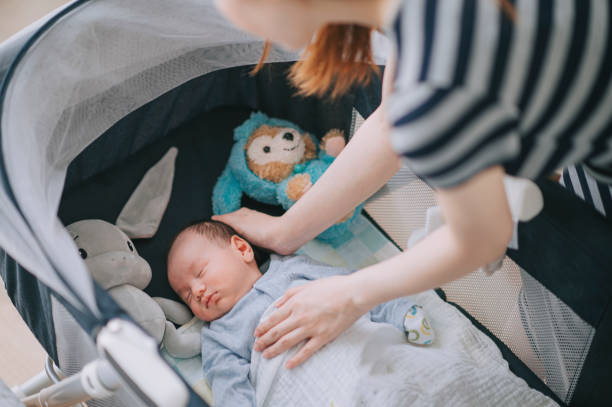 Making the Transition from Two Naps to One: a Step-By-Step Guide

The critical component here is a gradual transition.

Here is what to do instead:

Give it a good eight weeks for your child’s body to fully adjust and to start taking those nice, long 2-hour naps.

If your toddler’s nap schedule is a mess for a bit, prioritise helping her get a good night’s sleep.

Nighttime is when most of the therapeutic benefits of sleep happen for our children. Daytime rest is mainly to get our children from morning to bedtime without becoming overtired.

Patience Is Your Friend

This nap transition is a big adjustment, so remember to give it to you (and your child!) a little grace with it.

Be patient, and give it a good eight weeks for your child’s body to completely adjust. The only caveat is that your kiddo must be falling asleep independently.

Transition to One Nap: Final Thoughts

If your little guy switches to one nap but then starts waking too early in the morning and seems overtired all day (irritable, staring, rubbing his eyes, falling back asleep while snacking, being more clumsy, etc.), go back to two naps for a month or two.

When he finally settles into a one-nap schedule, the noon nap will last a little longer, and lunch, dinner and bedtime will arrive a little earlier.

Looking for a car seat for your baby? Look no further. My Baby Nursery have a wide range for you to choose from.