While we feel like we’re in a never-ending stream of washing, scientists are now saying this probably isn’t enough to combat the amount of bacteria around our homes. Thanks to a recent study looking into just how filthy everyday objects can be, we were left feeling extremely grubby and wondered if there is such a thing as being TOO clean?

Phones (which we touch up to 150 times a day!), sheets, pillows, bras, jeans, tea towels, pyjamas and now even our mattresses are just some of the items that are, according to a microbiologist and other experts, teeming with bacteria and germs. But how often should we be cleaning – or ditching – these everyday items?

We’re accustomed to washing our clothes whenever the hamper is full, and we find ourselves with nothing to wear. We may wipe down the kitchen counter after washing the dishes that we’ll need to use again tomorrow. Most of us will run a duster over the surfaces in our home when visible dust starts to show up.

But at the end of a long day, it’s easy to fall into bed without giving your sheets a second thought. So how often should you be changing your sheets? Let’s take a closer look.

How often should you wash your sheets? 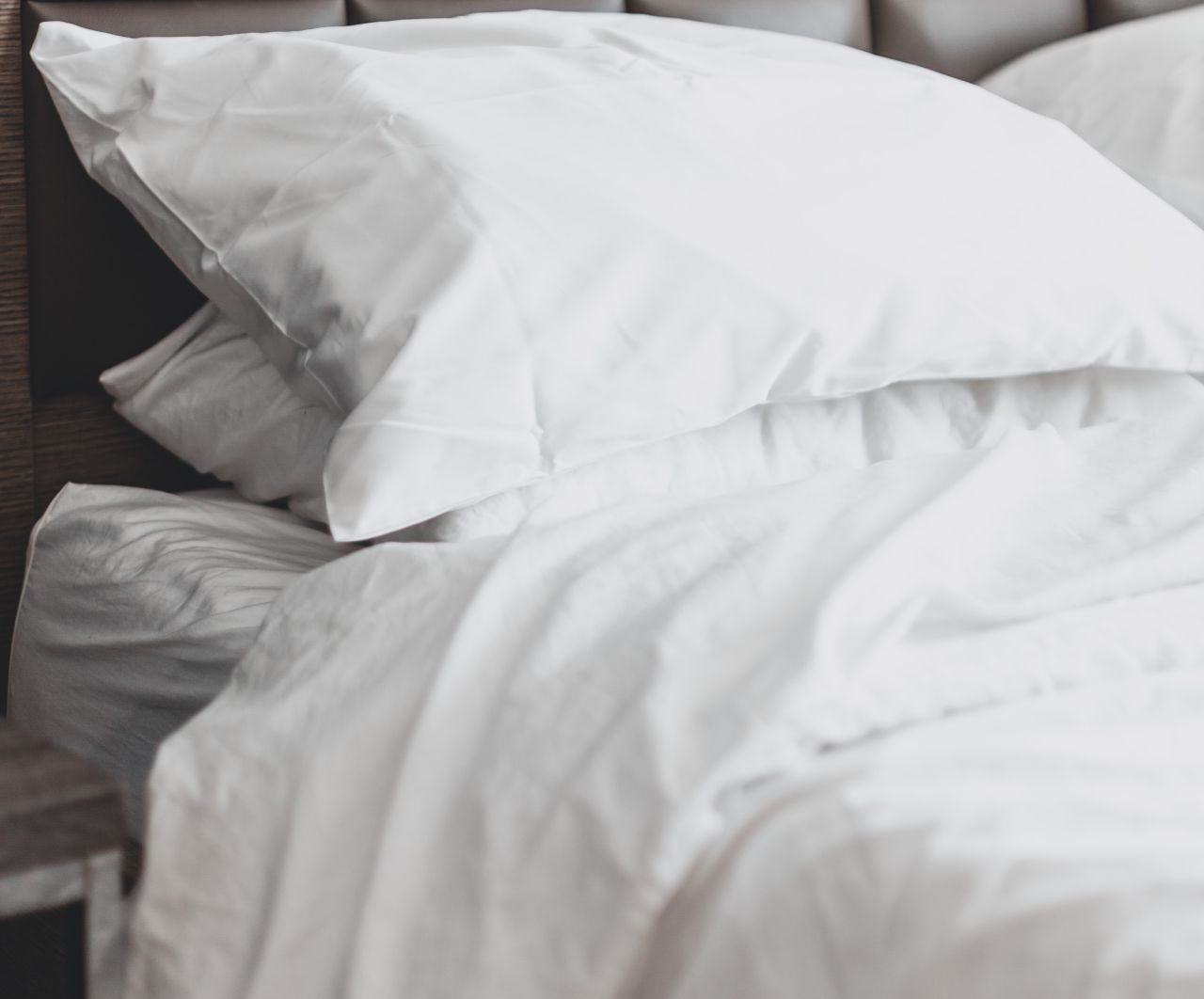 Many people just don’t wash their sheets often enough. Just 11 per cent get around to it around once a season, and 5 per cent decrust their sheets only once or twice a year. A survey found that out of the 1,000 people they surveyed, most on average waited around 25 days before cleaning or changing out their sheets.

You should wash your sheets at least once a week.

This isn’t a hard-and-fast rule, but both experts like this number because it’s frequent enough to avoid building up levels of contamination you really need to worry about. Still, it’s also pretty realistic for many people.

That’s just a general number, though. A myriad of factors determine if you should wash your sheets more often than once a week based on your lifestyle, Dr. Schmidt says. Here are a few questions to ask yourself:

The Good Housekeeping Institute says you should wash your sheets — and other bedding — at least once every two weeks. If you have night sweats, or just sweat a lot in general, bump washing up to once a week.

If you’re allergic to dust mites, the Asthma and Allergy Foundation of America recommends washing your bedding at least once a week. You’ll need to wash them in water that is at least 130 degrees Fahrenheit (54.4 Celsius) to kill the dust mites.

Now, if you’re sick with something contagious, the rules change. Sheets and other bedding need to be changed as soon as you feel better to prevent contracting the illness again. The water will need to be between 140 and 150 degrees Fahrenheit (60 to 65.5 Celsius) to kill the germs, so select the sanitize option on your washer. If your washer doesn’t have a sanitize option, use the highest heat setting on your dryer.

The truth is, bed sheets can rack up a serious collection of sweat, body oils, saliva (if you drool), dirt from outside, sexual fluids, and even urine and faecal matter! Laundry expert Mary Marlowe Leverette told ATTN that if you have a scratch or a wound while sleeping in dirty sheets, you can get an infection.

‘Athlete’s foot and other fungi can be transferred from fabrics. Infrequent cleaning of sheets and pillowcases allows the fluids to seep into the pillows and mattresses, and those are much more difficult to clean than tossing sheets in the washer,’ she says.

On top of all of this, the dead skin cells that you shed every night can attract dust mites that feed off of the cells and can affect breathing for people with asthma.

According to a recent YouGov poll, one in 20 of us wash our sheets only every four weeks, and more than a third wait 14 days. Laura Bowater, a microbiologist, recommends washing them once a week at a minimum of 60c to destroy bacteria. ‘Dry sheets and pillowcases in direct sunlight if you can, as U.V. light is effective in killing microorganisms. Run a hot iron over pillowcases on the cotton setting (200c) to kill any leftover bacteria.’

The GHI recommends laundering duvets and pillows at least twice a year.

‘If your duvet is machine washable, check your washing machine’s drum capacity before attempting to wash it at home,’ advises Verity Mann, Head of Testing at the GHI. ‘There should be room for it to move around in the machine. If there isn’t, or if your duvet is 13.5 tog or higher, or larger than king size, you’re better off taking it to a launderette. With both pillows and duvets, it’s important to dry them as quickly as possible, especially if they have a natural fibre filling, which holds moisture more readily and could start to rot.’

Other bedding, such as blankets and duvets, should be washed every week or two.

A 2005 study that assessed fungal contamination on bedding found that pillows, especially feather and synthetic-filled, are a primary source of fungi. The pillows tested ranged from 1.5 to 20 years old.

Pillows should be replaced every year or two. Using a pillow protector can help keep dust and bacteria to a minimum.

Duvets can last as long as 15 to 20 years when used with a cover and washed or dried cleaned regularly. 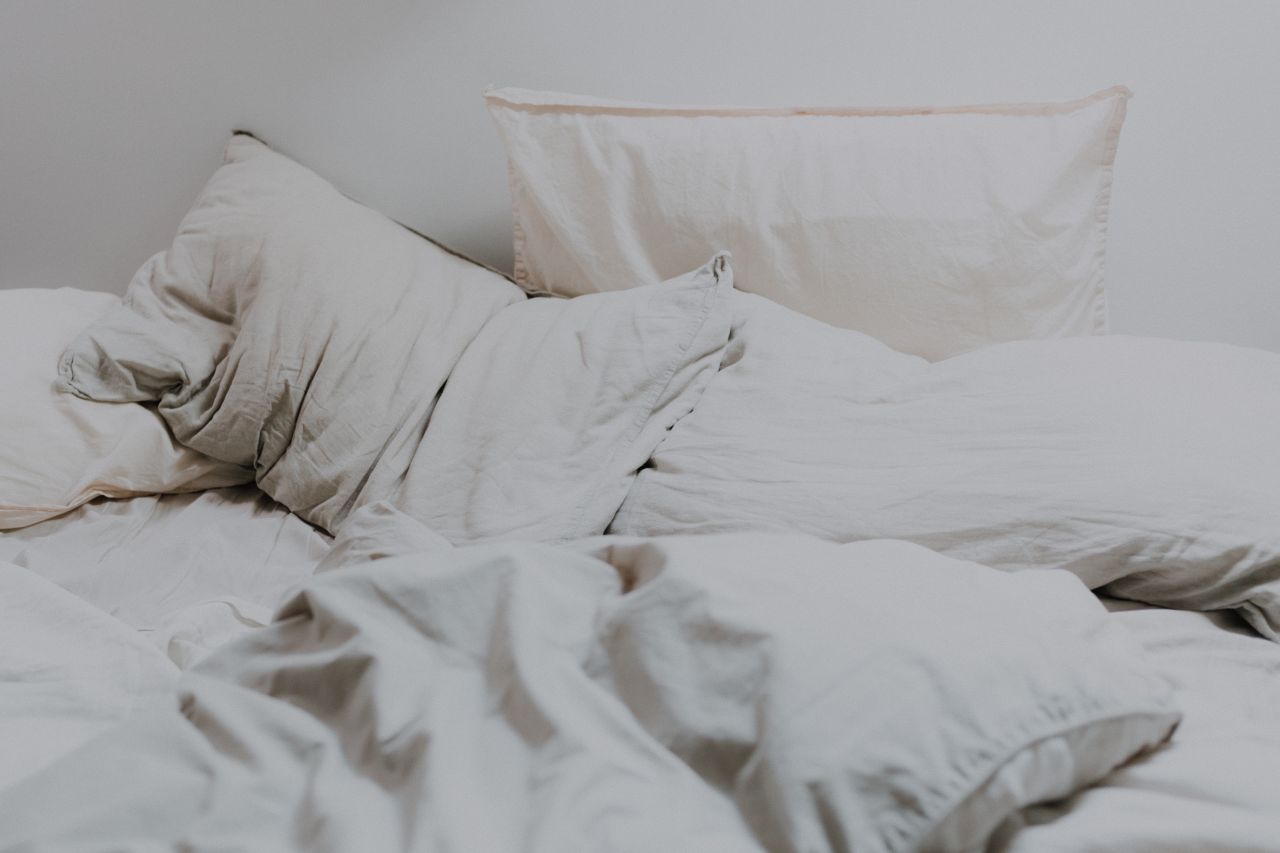 A 2017 survey by Canstar Blue found that 29 per cent of Australians never wash their pillows. While you may think that the pillowcase protects your pillow, it doesn’t do as much as you’d hope. Sweat, dust and skin cells still make it onto your pillow. Plus, washing can fluff them up and make them last longer, so giving them a spin in the washer is a win-win.

You should be washing your fluffy friend at least every six months or so. Here are some instructions on washing your pillow.

Some mattress manufacturers state that vacuuming certain types of mattress can displace the filling inside, so always check the care guide that came with the mattress first. If you are going to vacuum your mattress, use the upholstery attachment and the lowest suction setting on the cleaner. Aim to do this every couple of months, vacuuming the bed frame and the area directly underneath and surrounding the bed while you’re at it.

What if you don’t wash your bedsheets?

Not washing your sheets regularly exposes you to the fungi, bacteria, pollen, and animal dander that are commonly found on sheets and other bedding. Other things found on sheets include bodily secretions, sweat, and skin cells.

This won’t necessarily make you sick. But in theory, it can. It could also trigger eczema in people with the condition or cause contact dermatitis.

People with asthma and allergies can trigger or worsen symptoms by sleeping on dirty sheets. More than 24 million Americans have allergies. But even if you’re not part of this group, you may experience a stuffy nose and sneezing after a night’s sleep if your sheets aren’t clean.

First, there’s the ick factor: Every hour, you shed about 200 million dead skin cells (that’s upwards of 1.4 billion per night, times two if you’re sleeping with a partner). And, in your bedding, tiny, eight-legged dust mites feast on your dead skin cells. While these critters don’t carry any disease, their body parts (and poop) are one of the most common triggers for year-round allergies, per the Asthma and Allergy Foundation of American (AAFA). If you don’t regularly clean your sheets, you might find yourself sneezing with a runny nose or, in extreme cases, even wheezing or having a hard time breathing.

Beyond pesky dust mites, you’re also spending lots of quality time with whatever you’ve picked up or put on throughout the day, including dirt, make-up, lotion, and environmental pollutants, to name a few. Add to that your own sweat, body oils, and sexual fluids, plus pet dander, and you’ve got some pretty nasty sheets.

As all of these substances come in close contact with your skin as you sleep, a wide range of problems can ensue—from skin irritation to acne to possibly even infections (though we’re talking worst-case scenario here). If you have dry or sensitive skin, eczema, or rosacea, you’re at most risk because your skin barrier (the top layer of your skin) is already weakened, he says.

Even worse? Microorganisms like bacteria and fungi tend to thrive in moist environments—including your dirty pillowcase, says Dr. Zeichner.

Sleeping on dirty sheets, does it affect your health? 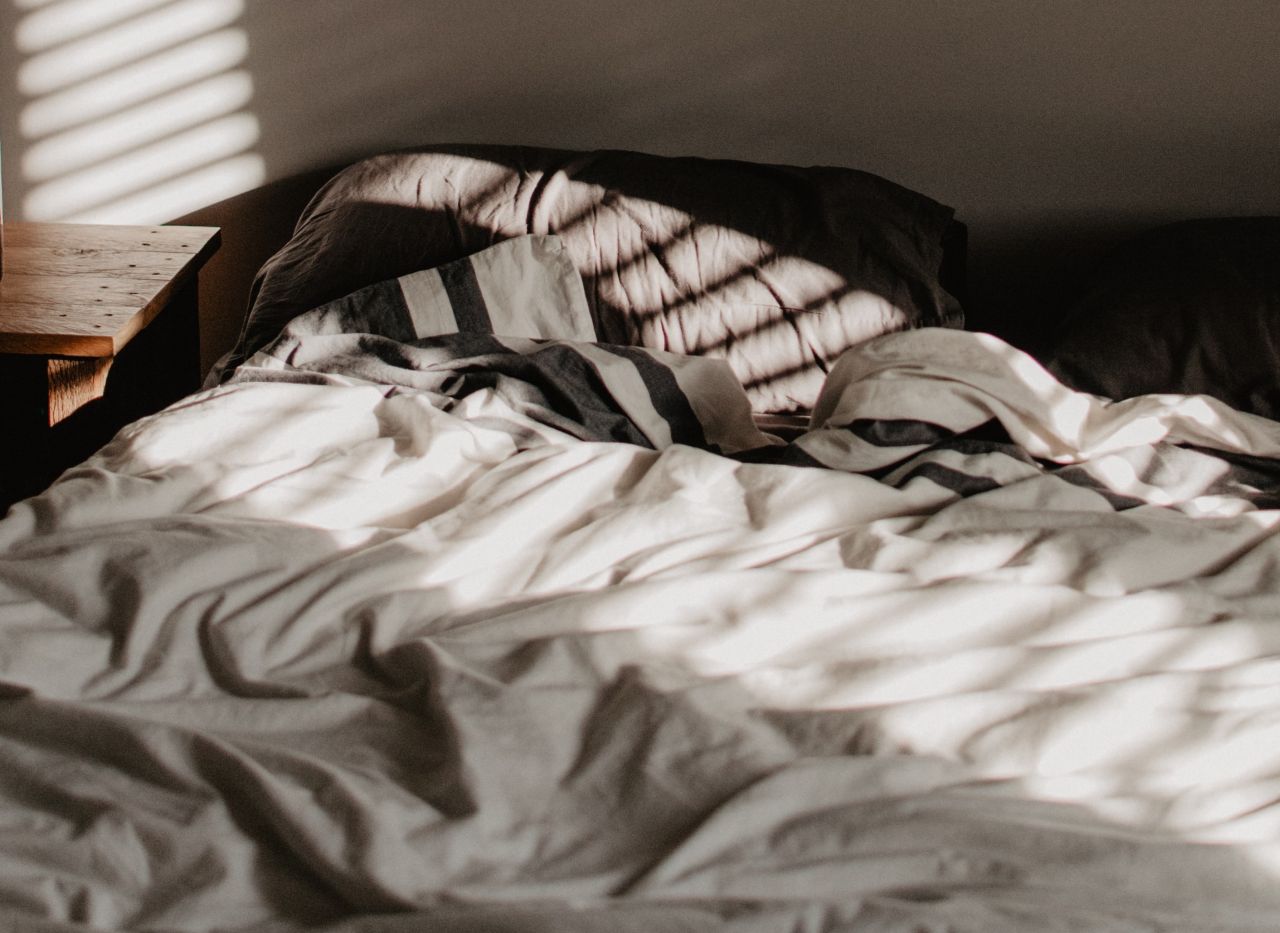 We’re not saying that sleeping on super dirty sheets is condemning you to any ill health effects. But it’s also possible for it to mess with your health, primarily that of your skin.

If you don’t wash your sheets often enough, all the bacteria they amass can disrupt your skin’s ecosystem. This important balance of microorganisms is also known as your skin microbiome.

For some people, skin microbiome changes can lead to acne. This disturbance may even inflame issues such as eczema if your skin is really sensitive. (Having eczema means the top layer of your skin can’t protect you from irritants, bacteria, and allergens as well as it should.)

Then there’s the dust mite factor. Since dust mites are common allergens, having them in your bed can provoke allergy symptoms like a runny nose, watery eyes, sneezing, and general discomfort that makes it hard to get proper rest at night.

One other thing: If you sleep naked on dirty sheets and are constantly moving your pillow from between your legs to under your head, you’re theoretically running the risk that your mouth or eyes could come into contact with bits of stool. If you’re healthy, this thought is more disturbing than anything else. But if you happen to have a compromised immune system, like if you’ve come down with the flu, that could technically leave you more vulnerable to illnesses that spread through bacteria in feces, like pink eye.

A little diligence when it comes to caring for your bedding can go a long way when it comes to helping you sleep — and breathe — easier. While it may seem like a hassle at times, changing your sheets weekly is well worth the effort.

If you’re accustomed to washing your sheets every other week, you may consider getting another set so you can swap them out without doing more frequent washings.

When you do wash your bedsheets, use the hottest temperature you can.

Use protective covers on pillows and follow the care instructions provided by the sheet manufacturer or on bedding tags.

Finally, if laundry is the bane of your existence, you might want to consider buying more sheet sets, so you don’t have to wash them as often. Where there’s a will (to avoid the drudgery of laundry day), there’s absolutely a way.