The toddler years are a time of great change and development. One of the most challenging tasks for parents is dealing with tantrums in 2-year-olds. Parenting an average 2 years old can be hard enough, but when their mood suddenly changes it can be very frustrating.

Most toddlers get aggressive sometimes. Tantrums and aggressive behaviours—hitting, kicking, scratching, and biting—doesn’t mean you’re a terrible parent, but they are a call to action. Check out My Baby Nursery for all your baby product needs.

In this post, we’ll cover some helpful tips to help you deal with those temper tantrums!

What Is a Temper Tantrum

A temper tantrum is an intense storm of emotions, such as anger, loss, disappointment and deep frustration.

What Are the Two Types of Toddler Tantrum

Young toddlers (2-3 yo) are not capable of reasoning or manipulating. They tend to have emotional toddler meltdowns when they’re upset.

Why Little Kids Get Nasty

At least up to three, an aggressive young child is not “bad” or disobedient. They are trying to tell you something and haven’t yet developed the language skills or emotional habits to communicate more effectively. Either that, or they don’t feel you’re listening to them, and violence is the only way to get your attention.

Toddler aggression usually happens when a little one is not getting what they want, whether that want is reasonable (food, attention, a cuddle) or not (candy, someone else’s toy, something dangerous). And context matters. Quite predictably, toddlers are more likely to be aggressive when tired, worried, not feeling well, hungry, or otherwise stressed.

Looked at from a child’s eye view, lashing out at someone is a reasonable reaction to the powerlessness of being a toddler. What else can they do?

Why Do Tantrums Happen? 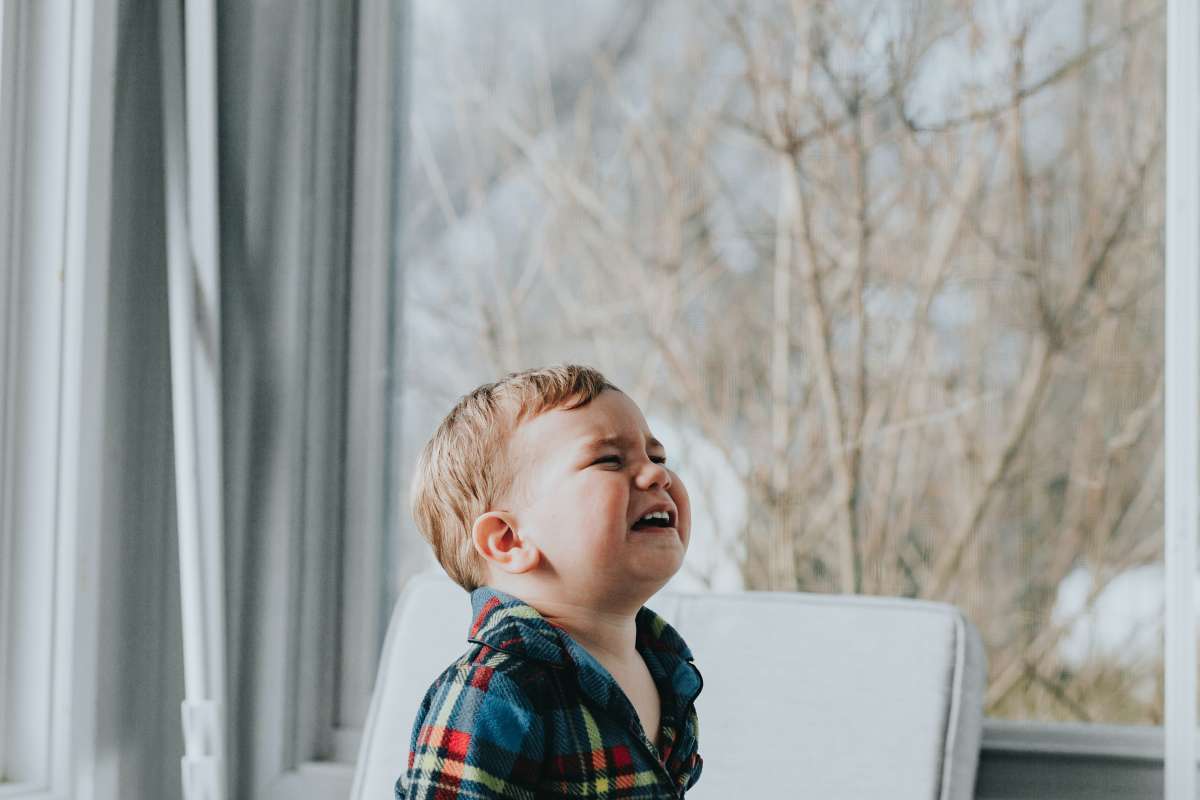 A tantrum is the expression of a young child’s frustration with his or her limitations or anger about not getting his or her way. Perhaps your child is having trouble figuring something out or completing a task. Maybe your child doesn’t have the words to express his or her feelings. Frustration might trigger an outburst — resulting in a temper tantrum.

If your child is tired, hungry, feeling ill or has to make a transition, his or her threshold for frustration is likely to be lower — and a tantrum more likely.

Do Young Children Have Tantrums on Purpose?

Young children don’t plan to frustrate or embarrass their parents. For most toddlers, tantrums are a way to express frustration. For older children, tantrums might be a learned behaviour. If you reward tantrums with something your child wants or allow your child to get out of things by throwing a tantrum, the tantrums are likely to continue.

Can Tantrums Be Prevented?

There might be no foolproof way to prevent tantrums, but there’s plenty you can do to encourage good behaviour in even the youngest children.

Timeout is a “take-charge” consequence where you very briefly deprive your child of two precious things: freedom and the privilege of being with you. Time-out requires one piece of equipment—a timer—and has three simple steps (Note: For dangerous or bad behaviour, you can skip right to step 3):

Timeouts should last one minute per year of age. You’ll want to buy a timer with a loud ring. Timers are great to let both you and your child know when the timeout is over. Introduce the timer to your tot as Mr. Dinger and let him hear what it sounds like. It will allow your child to hear when the timeout is over, and it also gives you a good answer when he begs to come out (“It’s not up to me, it’s up to Mr. Dinger.”)

Once the fit is over, and your child is free to go, don’t talk about the timeout for 30 minutes or so. Just join him in some play or give a bit of attention. It’s time to let go of your anger and allow your heart to forgive. If he’s still mad, connect with respect, but then let him be on his own. Many kids need to sulk a little after being punished.

A while after a timeout, express your regret for having had to do it. Later in the day, talk to him about what happened and gossip to his toys about the incident (and the lesson you want him to learn). At bedtime, reinforce the lesson by telling a fairy tale about a bit of a bunny who misbehaved and what happened to him.

If the timeout is like going to jail, giving a fine is like, well, being fined. It’s a “take-charge” consequence that targets your toddler’s growing love of freedom and ownership. This tactic is best used for toddlers two and up (especially three and up).

Giving a fine penalizes your tot by removing a valued privilege or toy. Make the punishment related to the misconduct. In other words, if he defies you by playing basketball in the house, remove the ball for a while. (Penalties that connect the punishment to the misbehaviour are also called logical consequences.)

When you take away a privilege, tell your child you know how much she wants it, but what she’s doing is not OK. For example, if your three-year-old refuses to stop tossing crackers to the dog, remove the crackers and say, “You like to see Rusty eat crackers, but crackers are for people…not dogs. Mommy said, ‘Stop, no, no, no!’ but Eleanor didn’t listen to Mommy’s words, so…bye-bye crackers. No crackers for dogs. Now you can get down and play.”

Sometimes the “prized possession” you remove is–you. It’s time to use the kind ignoring technique (give a teensy cold shoulder to nudge a tot to cooperate): “Mommy doesn’t like it when you say those words. They don’t make me laugh. They hurt my ears. I’m going to the kitchen, and I’ll be back in a little bit when you remember your nice words.”

Once your child stops the negative behaviour, do a little something that shows him that good things happen when he follows the rules. Later, you might gossip to Daddy on the phone about when he did good listening and stopped when Mommy said stop.

What’s the Best Way to Respond to a Tantrum? 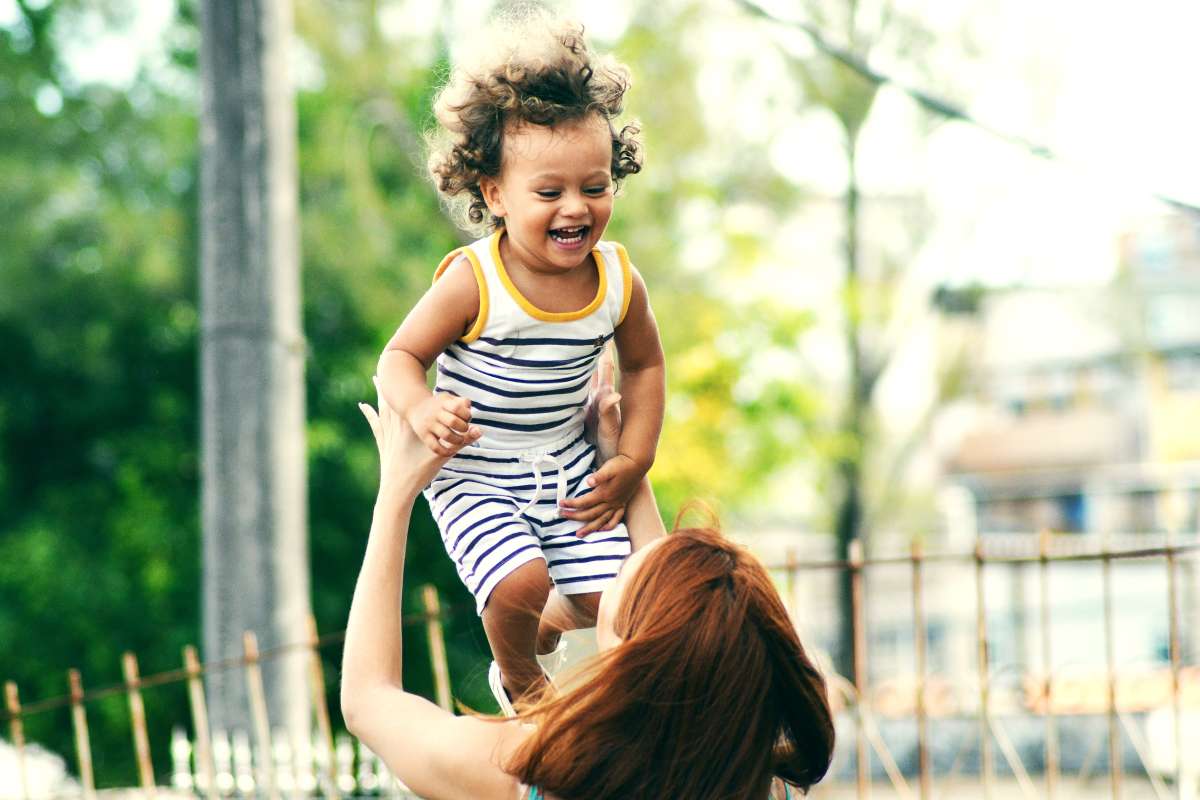 Typically, the best way to respond to a tantrum is to stay calm. If you react with loud, angry outbursts, your child might imitate your behaviour. Shouting at a child to calm down is also likely to make things worse.

If your child is hitting or kicking someone or trying to run into the street, stop the behaviour by holding him or her until he or she calms down.

When your child quiets down, calmly explain your rules.

Give Your Child Your Full Attention.

As much as possible, avoid using electronic devices when you are with your child. Respond attentively when they say or do something, so they don’t have to escalate their communications into tantrums and aggression to get your attention.

Maintain a Schedule for Playing, Sleeping, and Eating.

A dependable schedule helps a child feel the world is safe and predictable. It also increases the likelihood their physical needs are being met.

Give your child as much control and as many choices as you reasonably can. For example, you can say, “It’s time to put your shoes on. Do you want to do it yourself, or do you want help?” “Would you like peanut butter on your banana slices?” “You choose a book, and I’ll read it to you.”

Look for Different Kinds of Stimulation.

A two-year-old needs three hours of active physical exercise every day. Ideally, a good portion of that is outdoors. Toddler aggression sometimes reflects a need for more physical activity. My Baby Nursery has a wide range of baby nursery playpens for your little bub.

Children mimic what’s happening around them. Are there other kids they spend time with who use hitting to get what they want? Are there worries or tensions at home or daycare they might be reacting to?

In a calm, easy moment and a lighthearted manner, re-enact a recent violent episode. Think together about possibilities other than violence, aggression, or tantrums. These could involve finding words, using a punching pillow, one of the alternatives listed below, or something else entirely. Then reverse the roles, so you’re playing the aggressive child, and your child plays the parent role. I’ve seen even very young children develop delightfully inventive alternatives that adults would never have thought about.

Create a Checklist of Good Alternatives to Bad Behaviour.

Print a list of some good brief alternatives to violence. Ask your child for suggestions. You can illustrate it if you like, or paste on a photo of an angry bird or a violent child (crossed out with a big X) as well as a happy image.

Here are a few ideas to get you started:

Some toddlers benefit from physical alternatives to aggression. In a calm moment, work out some options your child likes. That might include hitting a hitting pillow, stomping their feet while punching the sky, doing an angry dance, or touching their toes.

Breathe Out the Nasties.

Help your toddler translate their aggressive urge into a request for help. Develop a code to let you know they want to get violent and enjoy your use, preventing that. It can be “I need a hug,” or “Please help me,” or “I’ve got the angry again.” And then whenever the child uses the code, be sure to hug them and listen to what’s going on.

What If My Child Becomes Destructive or Dangerous?

If a tantrum escalates, remove your child from the situation and enforce a timeout:

What to Do If Your Toddler Won’t Listen

Commonly, toddlers won’t listen, and these little cave-kids may need some gentle discipline to learn right from wrong. We recommend reserving the above discipline tactics for “red-light” behaviours. If your toddler still doesn’t listen, try communicating with them in Toddlerese (aka their native language!):

When Is Professional Help Needed?

As your child’s self-control improves, tantrums should become less common. Most children begin to have fewer tantrums by age 3 1/2. If your child is causing harm to himself or herself or others, holds his or her breath during tantrums to the point of fainting, or has worsening tantrums after age 4, share your concerns with your child’s doctor. The doctor might consider physical or psychological issues that could be contributing to the tantrums.

Why Parents Should Handle Toddler Tantrums With Care

At birth, babies have billions of brain cells (neurons) but not many brain cell connections (synapses).

These neural pathways are essential for the child to manage stress and be assertive later in life​​. If a kid is not allowed to learn these regulating skills, for example, if temper tantrums are met with anger or punishment, the child may grow up unable to handle stress well or be assertive.

But if handled with care, temper tantrums can become an invaluable life lesson in emotion regulation which has been shown to link to resilience in children, social competence, academic success and even popularity​​. So remember that not only are temper tantrums a normal part of child development, but they are desirable in helping toddlers’ emotional development.

Temper tantrums are desirable? You can read our article about How to Discipline a Difficult Toddler.

Yes, you read that right. Dealing with a toddler temper tantrum is not about stopping it. It’s about helping the toddler calm the tantrums. Helping toddlers regulate their emotions during temper tantrums is essential in parenting during childhood development.