Every night, without fail, people across the world climb into their beds and shut down for hours. This phenomenon we call “sleep” is something we are all very familiar with, but how exactly does it work? Up until the 1950s, it was widely believed that sleep was just a passive period of unconscious rest, but now we know that it’s a complex process that is essential to the rejuvenation of the body and mind.

Each night you take a rollercoaster ride through the different phases of sleep. Though you’re unaware of what goes on while you’re sleeping, your brain and body are in an active state. Each stage of sleep has distinct therapeutic qualities, and how you move through each phase plays a large role in your body’s status the ensuing day.

During an ideal night’s sleep, you go through several 90-minute cycles that sample each phase of sleep. Each cycle plays an essential role in maintaining your mental and physical health. The amount of each phase of sleep can vary significantly between nights and individuals.

During sleep, the body moves through five different stages of both REM (rapid eye movement) and NREM (non-rapid eye movement) sleep. Over the course of the night, the body will go through this five-stage cycle four to six times, spending an average of 90 minutes in each stage.

Do you ever wonder why you don’t dream when you sleep? The truth is, if you are getting proper amounts of sleep in proper time periods, and not taking medications or using alcohol or illegal substances, you are dreaming. You just don’t remember them unless they wake you. 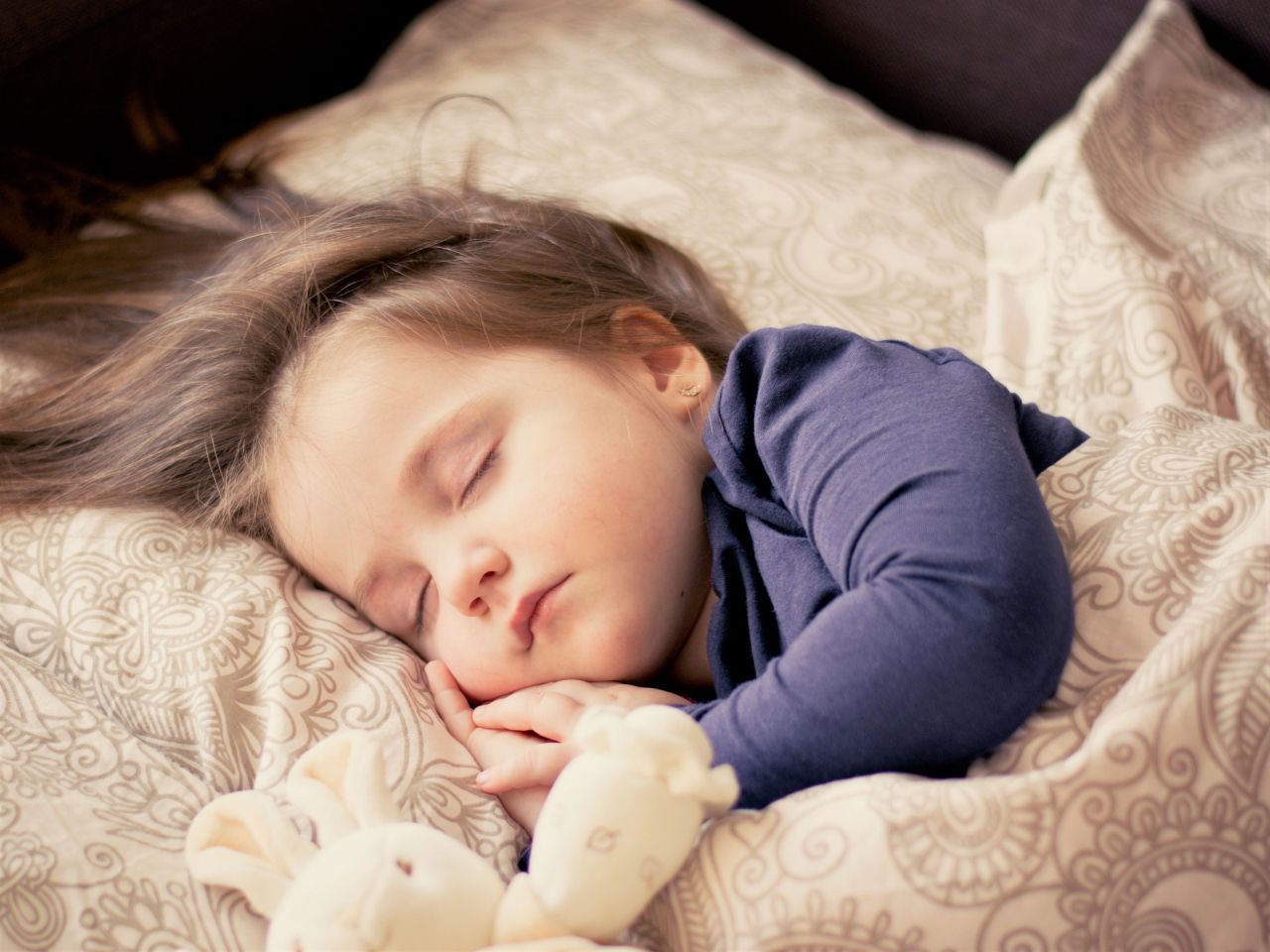 Wakefulness includes Gamma, High Beta, Mid Beta, Beta Sensory Motor Rhythm, Alpha, and Theta brain waves. Our composite brain wave, that is, what you would see if you had an EEG (electro-encephalo-graph, or picture of the electrical activity in your brain), would be made up of many of the brain waves named above, all at the same time.

Each stage of sleep serves a unique restorative function, including muscle recovery, hormone regulation, and memory consolidation, making it essential to allow enough time to cycle through all sleep stages. Without a full night of sleep, your body and mind are deprived of the essential elements needed to help you conquer the day.

Stage one of sleep, also known as the transitional phase, occurs when one finds themselves floating in and out of consciousness. During this NREM stage, you may be partially awake while your mind begins to drift off.

This period of drowsiness eventually leads to light sleep. This is also the time when the muscles jerk, followed by a falling sensation that jolts you back into consciousness. This experience is known as hypnic myoclonia. After winding down in stage one, your sleep cycle will slip you into stage two.

Almost 50% of the time spent asleep throughout the night is spent in stage two. Stage two is also a non-REM phase and is one of the lighter stages of sleep. Even though it is a light stage, the heart rate begins to slow, and the core body temperature decreases.

During stage two, eye movement stops and brain waves slow with the occasional burst of waves called sleep spindles. Stage two can also be characterized by the unstructured periods that alternate between muscle tone and muscle relaxation.

Slow wave sleep is an NREM phase of sleep and is the deepest sleep that your body enters throughout the night. It is called slow wave sleep because the brain waves slow to what is known as delta waves with the occasional faster wave. As the body moves from stage three to stage four, the number of delta waves increases and the faster waves decrease.

In addition to the deep sleep caused by the delta waves, blood pressure drops even further, and breathing becomes deeper, slower, and more rhythmic. During slow wave sleep, there is no eye movement, and the body becomes immobile.

However, even though there is no muscle movement, the muscles still have the ability to function. These are the stages when children sometimes experience nightmares, bedwetting and sleepwalking.

Stages three and four of sleep are extremely rejuvenating to the body. During slow wave sleep, hormones are released that aid in both growth and appetite control. The growth hormones help to replenish muscles and tissues that were exerted over the course of the day, and the appetite-controlling hormones help limit feelings of excessive hunger the following day.

These hormones are essential to the development of a strong body and help control unnecessary over-eating. In addition to the release of critical hormones, the blood flow to the muscles increases, providing restorative oxygen and nutrients.

REM sleep is called as such because the eyes dart in various directions while the limbs and muscles are temporarily paralyzed. Breathing becomes shallower and irregular, while the heart rate and blood pressure rise from the levels they were in previous stages.

Most dreaming takes place in stage five as a result of heightened, desynchronized brain waves, almost similar to being awake. This stage of sleep revitalizes the brain, supporting sharp and alert daytime function.

Individuals begin waking up at the end of stage 5. Upon waking up, an individual’s core body temperature begins to rise in order to prepare the body for the activity of the day ahead.

Understanding how sleep cycles work is important in order to maintain a healthy mind and body. BedJet helps you get quality, uninterrupted sleep each night. Using proprietary biorhythm sleep technology, the BedJet utilizes temperature control to help promote your body’s optimal core temperatures throughout the night. In turn, this helps trigger your body to get to sleep faster, stay asleep longer, and wake up feeling refreshed.

What Is the Sleep Cycle?

For a majority of people, a sleep cycle begins with a short period of Stage 1 sleep whereby the body begins to relax, and a drowsy state occurs with slow rolling eye movements. Though arousals or awakenings are prevalent, Stage 1 is important as it allows for the body to enter Stage 2; the first quantifiable stage of NREM sleep.

Moving through the sleep cycle, Stage 3 is most often found next in the progression. This restorative stage does not last as long as Stage 2, lasting between 5-15% of total time asleep for most adults. For children and adolescents, Stage 3 is much higher in duration.

REM can occur at any time during the sleep cycle, but on average, it begins 90 minutes following sleep onset and is short in duration as it is the first REM period of the night. Following REM, the process resumes starting with periods of Stage 1, 2 & 3 intermixed before returning to REM again for longer periods of time as sleep time continues.

How long is a sleep cycle? The first sleep cycle takes about 90 minutes. After that, they average between 100 to 120 minutes. Typically, an individual will go through four to five sleep cycles a night.

What Is Deep Sleep?

Deep sleep occurs in Stage 3 of NREM sleep. Brain waves during Stage 3 are called delta waves due to the slow speed and large amplitude. Of all of the sleep stages, Stage 3 is the most restorative and the sleep stage least likely to be affected by external stimuli.

Waking a person from deep sleep can be difficult. Following a period of sleep deprivation, a person experiences extensive time in Stage 3 sleep. Parasomnias such as sleepwalking, sleep talking, night terrors and bedwetting can occur. (There is muscle activity, that’s how people can talk or kick in their sleep!)

Deep sleep reduces your sleep drive and provides the most restorative sleep of all the sleep stages. This is why if you take a short nap during the day, you’re still able to fall asleep at night. But if you take a nap long enough to fall into a deep sleep, you have more difficulty falling asleep at night because you reduce your need for sleep.

During deep sleep, human growth hormone is released and restores your body and muscles from the stresses of the day. Your immune system also restores itself. Much less is known about deep sleep than REM sleep. It may be during this stage that the brain also refreshes itself for new learning the following day.

What Are the Tips for Improved Sleep? 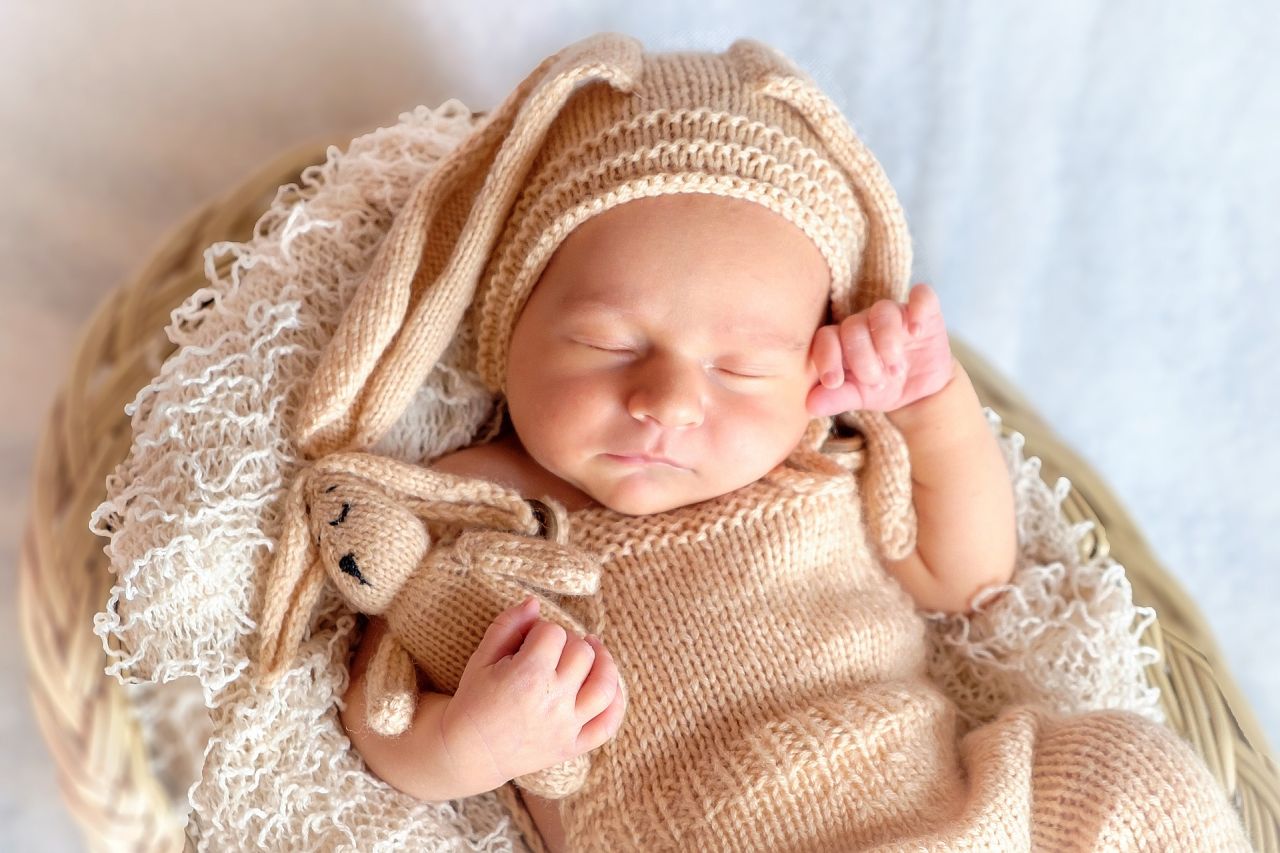 All stages of sleep are important, and your body naturally regulates your sleep cycles to make sure you get what you need.

You can see your sleep patterns with a sleep tool such as the Oura ring, a comfortable wearable device that measures sleep stages and generates a Sleep Score every night.

Check out these patterns to see if your sleep is being disrupted:

We all have those days when we “just need our coffee.” However, taking a look at your nightly patterns (e.g. heart rate, body temperature) and acting on your desire to improve your sleep can help you face those days well-rested.

How Does Your Sleep Cycle Change With Age?

Sleep changes throughout a person’s life. From a newborn, through toddler years, school age, adolescent and adulthood, sleep is changing.

Newborn (0 – approximately four months) Do not have distinctive sleep waves. Sleep is categorized as “Active”, “Quiet” and “Indeterminate”. Active sleep is the equivalent to REM sleep, and quiet sleep is equivalent to non-REM sleep. A majority of the time, newborns are in active sleep, which allows for frequent arousals or awakenings; this is necessary for regular periods of feeding.

Toddlers (1 year – 3 years) With sleeping patterns fully developed, children spend approximately 25% in Stage 3 deep sleep with almost an equal amount of time in REM. Average sleep time is 9.5-10.5 hours per 24 hour period. Typically naps will reduce to 1 per day most likely occurring early in the afternoon to allow for proper nighttime sleep.

Pre-School (3 – 6 years) Sleep time is similar to that of toddlers, approximately 9-10 hours per 24 hour period. The afternoon nap usually subsides around 3-4 years for a majority of children. Stage 3 sleep still remains high in relation to total sleep time.

Adolescent (12 years and beyond) Sleep time for adolescents is approximately 9-9.5 hours per 24 hour period. There are physiological changes in circadian rhythm that occur, causing sleep onset to be later. This internal shift is the cause for many adolescents to have later lights out and the desire to want to “sleep in” in the morning. As a person ages, the circadian rhythm shifts back and sleep again appears to regulate to approximately 6.5-8 hours of sleep per 24 hour period as an adult.

The different stages of sleep are characterized by the patterns of brain waves associated with each stage. As a person transitions from being awake to falling asleep, alpha waves are replaced by theta waves. Sleep spindles and K-complexes emerge in stage 2 sleep. Stage 3 and stage 4 are described as slow-wave sleep that is marked by a predominance of delta waves. REM sleep involves rapid movements of the eyes, paralysis of voluntary muscles, and dreaming. Both NREM and REM sleep appear to play important roles in learning and memory. Dreams may represent life events that are important to the dreamer. Alternatively, dreaming may represent a state of proto-consciousness, or virtual reality, in the mind that helps a person during consciousness.